in NFT Technology
by Vince Dioquino 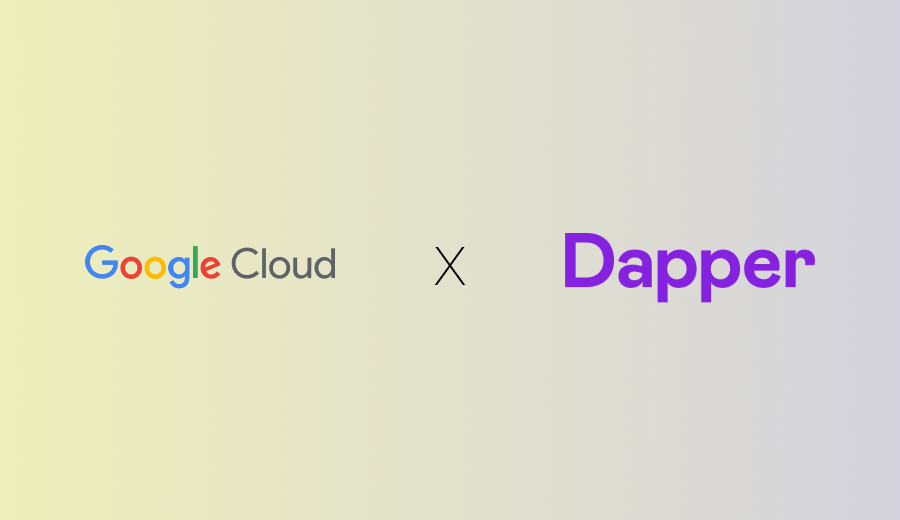 Technology firm Google has recently confirmed its partnership with Canadian blockchain studio Dapper Labs. The partnership is aimed at helping support the development of new Web3 products and services, further popularizing NFTs and other decentralized services on an emerging standard for the world wide web.

Amped to welcome Google to @flow_blockchain 🌊

In <1 year since #onFlow mainnet:

The partnership sees Google’s cloud infrastructure division, Google Cloud, serving as the licensed network operator for Dapper Labs’ Flow blockchain. Dapper Labs is known in the crypto industry as the blockchain development studio behind popular NFT products such as NBA Topshot and CryptoKitties. Dapper Labs currently has a speculative valuation of over $7.5 billion after closing a $305 million Series C funding round in March this year. The Flow blockchain is Dapper Lab’s open and scalable infrastructure powering its ecosystem of NFTs, games, and dApps.

The partnership places Google and Dapper Labs at the forefront of innovating the next generation standard for the world wide web, Web3 (alternatively called Web 3.0). Web3 refers to the emerging ecosystem of decentralized applications running on the blockchain and openly accessible to all through existing internet protocols.

Developers on Dapper Labs’ Flow blockchain, who have now grown to over 2,000 active participants, will now be able to connect to Flow access nodes with improved latency through Google Cloud’s high-performance servers.

“What you're seeing on blockchain today is the iPhone moment where consumers are starting to understand what's going on. There's tons of opportunity to build everything from the Flappy Bird to the Angry Bird of Flow and just blockchain in general.” shares Dapper Labs CEO Roham Gharegozlou.

Aside from Google Cloud, Amazon’s AWS (Amazon Web Services) and DigitalOcean are some of the most prominent cloud infrastructure providers that developers use to run and maintain web applications. This move from Google is offered as a way to leverage both blockchain-based implementations on the worldwide web and provide an alternative to centralized cloud infrastructures that currently dominate almost a third of the internet as we know it.

Vince is a self-taught creative professional and technology enthusiast. They began working in the blockchain space in 2015 as a writer and designer.