in Betting Football
by Crypto Daily 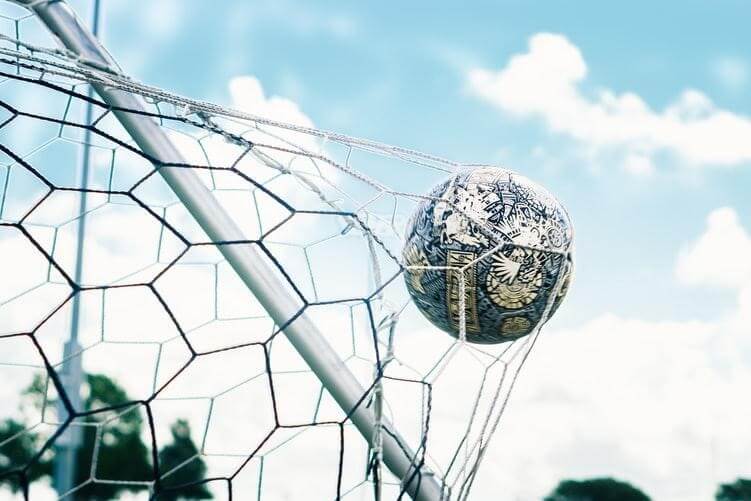 Now, we also see crypto gambling casinos that use cryptocurrencies to bet rather than regular cash. Some of the best crypto gambling sites provide gamblers with maximum data security. This also makes the game of betting fun, easier and convenient.

Soccer league betting is growing rapidly in the UK. Having come from a long time Ago, this wager isn't what it used to be. As such, there are a lot of possibilities to explore with it.

Here, we shall discuss Soccer league betting, its roots, and what the market holds for it in the future.

Many of us have often wondered how betting on soccer started. The answer is quite simple. It started as early as the game, which is a very long time ago. Though there is little evidence of the idea of betting, it was noted that people practiced the act.

However, back then, it was nothing but a friendly wager one places with his fellow. They did this over two teams, betting on which would emerge as the winner.

For a more formal gamble, none would have to do it with illegal bookmakers. This was because betting was not legal at that time.

Fortunately, in 1867, a Catalan, Joseph Oller, invented a betting system. In the beginning, he reserved his horse racing system only and introduced fixed-odd betting in later years.

It is great to note that soccer was tied with the fixed odds betting system. The growth of the game brought with it several opportunities. For example, newspapers discovered that people enjoyed reading the papers and started to offer prizes to people who predicted matches.

Football pools were first introduced in 1923. Before fixed-odds betting became so popular, the pools were pretty much the only option for placing a wager on a football match

The first company to provide football pools was Littlewoods. It was founded by philanthropist and Manchester United fan John Moores. He met John Jervis Barnard while he was seeking a money-making scheme, and Barnard had one - football pools.

Moores, Colin Askham, and Bill Hughes each invested £50 on their own version of Barnard's game. By mid-season 1924-1925, the three men had each spent £200, and the idea seemed doomed. Askham and Hughes were ready to sell, so Moores bought them out. Fortunately, the business later thrived.

Since then, betting has continued to develop with each passing year. Several methods of betting were introduced into the industry. However, despite its growth, there were still struggles for casinos to legalize betting.

Influences of betting on soccer

As the game grew, bookmakers thought of how they could take advantage of the audience.

Because of this, they decided to use the sport as a medium to advertise their wares. The first betting firm to sponsor a top-flight team was Fulham that Betfair had launched. Since then, betting companies have sponsored teams in the top-flight.

The development of various technologies has had a huge impact on how we gamble. In-Play betting would not be possible without recent improvements in computer technology. The availability of high-speed internet access in houses means that clients no longer need to visit a betting office to place a bet.

Gone are the days when bookmaker shops were dark, ominous places they design to make people afraid of entering. All of the main businesses now have sophisticated smartphone applications. These apps allow gamblers to place bets while enjoying a pint in a pub with their friends.

The introduction of mobile phones and the apps that go with them altered the game as well. It has enabled bookies to try out new approaches to attract customers that aren't limited to In-Play betting.

Also, there are optional features such as the ability to cash out a win. These are enticing things like never before that lure punters with the promise of saving a bet. These features can save this bet just as it appears to be heading for a loss. Virtual reality will surely be the next point of call for bookmakers who can figure out how to use the technology.

A large proportion of football is now being live-streamed by the main betting companies. Although this is not the Premier League, it is a selection of high-quality matches worldwide. This has led to gamblers betting much more than in previous years.

It is also now common for UK punters to bet on Argentinian or Chinese league matches online. Previously, they would never have thought of making such a move. However, technology provides for them a versatility they can explore

Future of Soccer league betting in the market

Virtual sports betting is already accessible, and football is one of the alternatives offered by several companies. Consider the possibilities that virtual reality development will bring. Instead of having to follow the competition by checking the numbers on your phone, computerized participants can keep watch.

With digital devices, these experts will be able to watch everything unfold right in front of your eyes. You could be at a hypothetical betting shop and bet with imaginary people in the same real-time manner.

Betting is not likely to follow in the footsteps of tobacco and alcohol in being banned from sports. With its growth, it is beneficial to both clubs and businesses.

For many commodities, there are Advantages still; there are always loopholes. This means that the football world might never be completely secured. Therefore, you must show your age to place a bet, even if you utilize an online betting provider.

The process will help corporations and football teams to feel at ease from illegal dealings.

While there have been numerous concerns with betting and football, the combination has also resulted in a lot of benefits. It is obvious that Soccer league betting has come to stay.

Crypto Daily is the home of breaking and trending cryptocurrency news. Available round the clock, our aim is to make it easier for you to access ground breaking content and the crypto news that matters, in order to help you make better investment choices.