How Some Blockchain Projects Are Helping Combat Identity and Data Theft 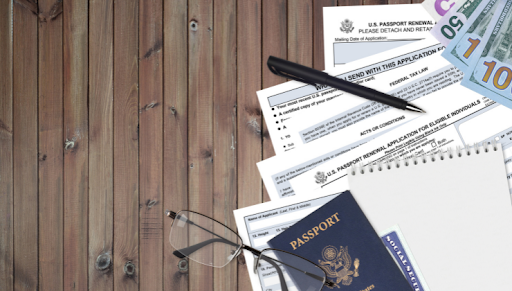 The term Catfish was added to the Oxford English dictionary following a dramatic rise in the number of people on social media pretending to be someone else, with the purpose of tricking or attracting other people. According to the Oxford English dictionary, “Online scammers and catfish usually have broad profile interests so that they can appeal to as many people as possible.”

If you have ever fallen foul to this type of scam, then you will know just how upsetting it can be. Trolling is another new term that has been added to the dictionary, as a sign of the times. A troll refers to someone who “leaves an intentionally annoying or offensive message on the internet, in order to upset someone or to get attention or cause trouble.”

Often trolls take on a fake identity to hide their real identity, or indeed steal the identity of other people, by downloading their photos and uploading them onto fake accounts. The internet revolution has made it easier for so-called keyboard warriors to say exactly what they want and then to scuttle away and hide behind their keyboards. Indeed, people can fabricate entire characters, for example by standing next to a Ferrari, and pretending it's their car.

In recent research conducted by Statista, Facebook removed almost 1.7 billion fake accounts, which marks an increase of 0.2 billion, up from 1.5 billion fake accounts in the same quarter a year earlier. In fact it is estimated that on Facebook alone, 16% of accounts are fake. This all indicates that the problem is on the rise. In fact, it is so easy to steal or fake identities that there’s even step-by-step instructions on various websites showing exactly how to do this.

Meanwhile, your data is stored in many hundreds of servers worldwide, from your credit card company, to your mobile phone network, the gaming websites you use, to the eCommerce online stores you shop at. The problem with this is that online sources of data collection like these tend to store client data on individual servers, which give hackers one focused entry point to attack or breach your data. If you buy a holiday online for instance, you will need to send your passport details and more. These are then stored on someone’s server.

The blockchain on the other hand, promotes security and privacy. It stores data across many hundreds or thousands of nodes or computers worldwide, making it impossible for hackers to collect the data. On top of that, the blockchain promotes anonymity, meaning you rarely, if ever, have to give your private details to register for products, platforms or protocols.

Data stored by the user alone

One network known as SelfKey is using the blockchain to help to ensure decentralized identity verification for users and projects. It does this using a model called “Proof of Individuality”.

SelfKey is an ecosystem of various products which offers a wallet, connection to 3rd party identity micro services, which are fully compliant with KYC laws and regulations, and a native token called “KEY”, which sits at the heart of the ecosystem. It allows users to exchange value and data in a fully-digital, self-sovereign way.

In a number of ways it brings control of data back  to the user, through data minimization, proof of individuality, governance and an identity system that is stored and kept by the user alone.

This works by Self sovereign identity where the user keeps his own identity sources and sends out his SelfKey only when needed. The Key represents all of these identity documents which have been verified and pre authenticated. He does this by downloading the SelfKey Wallet application and storing his identity on his own device. The key alone verifies the user's identity and allows him to keep his identity safe.

One of the principles of the blockchain is privacy and decentralization and projects like SelfKey ensure that the integrity of these principles are upheld in a Satoshi like manner, putting the user in charge of his data.