Cross-Chains as the Future Strongest Link in the Blockchain?

in EVM Cross-Chain Wanchain
by CryptoDaily 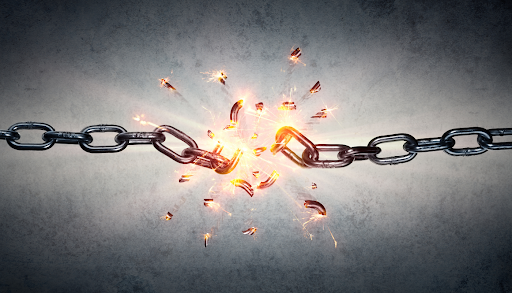 As the technology that allows independent blockchains to communicate with one another, cross-chain has become a golden bridge, of sorts. Why golden? It’s simple, it draws precious money to it, even at times of droughts and black fridays in the cryptoverse. Proof: the total value locked (TVL) as part of cross-chain solutions has recently risen by an impressive nine percent in a single month only. So, what pushed this trend into a global spotlight? We have an explanation below.

Why haven’t we heard more about this tech prior to these profitable jumps in value? It’s simple - there were simply not that many chains for the cross-chain to provide its link to. Now that the blockchain has matured with an increasing number of competing networks, the demand for the bridges between these has simply exploded. Now, since they promote the exchange of value, these bridges are increasingly encrusted with pure gold.

Why does the money flow into these projects? Just consider that the total value locked in decentralized finance (DeFi) is estimated at $258 billion. Blockchains are the backbone of DeFi and if we are to avoid the crypto-equivalent of the confusion of tongues, they need to communicate among themselves, whether they want it or not. This is where the cross-chain architecture comes in, with a lucrative promise of filling one’s coffers based on transaction fees only.

All Roads Lead to EVM

Moving on to the practical implications of this, let’s look at some of the more popular networks such as Ethereum (ETH), tron (TRON), or Binance Smart Chain (BSC). The ever-increasing adoption of various networks has been on the course of hitting a wall sooner or later. The reason for this has to do with the technical limitations in their ability to scale with increasing use. In other words, operating your blockchain network as an isolated island ecosystem will only get you so far.

Now, consider that Ethereum covers more than 65% of the aggregate value of $258 billion locked as part of DeFi. It is closely followed by the Binance Smart Chain (7.40%) and Solana (5.37%). There is a noticeable discrepancy between the first-ranked Ethereum and the rest.

How does this relate to cross-chains? The key acronym to remember here is EVM, or the Ethereum Virtual Machine. It is an engine that allows various protocols to perform their function, including token staking and liquidity pool management. A key link between these and the Ethereum Virtual Machine is the cross-chain. It functions as a bridge through which the EVM and the assets associated with it are connected, just as Web3 wallets.

Need proof for this? In October 2021, the media reported that TVL in cross-chain bridges to Ethereum amounted to an impressive $22.48 billion. Soon, this was followed by a sharp increase in value that now reached $24.63 billion. Simply put, Ethereum is a destination everyone wants to have a connection with. Cross-chain is an essential architecture that can support this demand, not unlike a city that prospers by acting as a transit point alongside the main historical trading routes.

What are the immediate and long-term implications of this trend? For now, the direct effect is that the cross-chain business is now attracting many crypto players that offer their solutions in an attempt to wrestle off some of the market share for themselves. Luckily for us, all of them seem to be focusing on a single aspect of supporting broader interoperability among the chains, making the progress a bit faster and less competitive.

In addition to the likes of Polkadot, Cosmos, and Blocknet, Wanchain is one of the major projects in this segment. Its team recognizes that the future of the blockchain largely rests on its ability to offer integration among the popular chains. With the skyrocketing value of DeFi, an isolated single-chain ecosystem simply does not cut it today.

In defining its mission, Wanchains found inspiration in two real-world institutions which have pretty much defined the financial backbone for centuries – banks and markets. Starting as the first decentralized Bitcoin – Ethereum direct bridge, Wanchain now markets itself as “a distributed super-financial market” that runs on blockchain.

This means that Wanchain will provide a link and support the exchange of value between various blockchain ledgers in a fully distributed manner. In this way, it will eventually become an equivalent of a bank in which the digital assets are kept as part of a distributed infrastructure.  Asset transfers between ledgers are supported at a low cost and many users will be also glad to hear that any blockchain network (a public, private, or consortium chain) can integrate with Wanchain in order to connect their different ledgers.

This means that Wanchain’s features can be easily accessed by any individual or an organization that wants to set up its own teller window. From a single pane of glass, they can easily manage not only asset transfers but credit payments, loans, transaction settlements, etc.

In its quest to provide a shortcut to fully interoperable blockchains, Wanchain has gathered some valuable partners along the way.

In October 2021, Wanchain deployed direct bridges that connect Polkadot to other blockchain protocols that include Ethereum, Wanchain, Moonriver, and Avalanche. Based on this, the devs on these networks will be able to develop dApps with the help of Polkadot’s DOT token.

In December 2021, Polygon and Wanchain announced a strategic partnership aimed at the promotion of the adoption of additional Layer 2 bridges and a higher level of interoperability among the chains. To support this, Wanchain will deploy cross-chain bridges between Polygon and Arbitrum.

Only times ahead will show how many bridges will be still needed to finally breathe a sigh of relief, but the future surely looks promising enough.

Cross-chains are increasingly seen as an unbreakable link in the global network of chains that is crisscrossing the planet. They are valued as the keepers of the original promise of the blockchain itself – that of practical and comprehensive decentralization.

Since the individual chains have reached the point at which they cannot deliver on their promises as isolated ecosystems, cross-chains give them a helping hand by treating their key assets, information and value, as the goods that no longer need artificial barriers. Once these are torn down with the help of cross-chains, the blockchain will have the reason to celebrate the date as its reserve birthday.