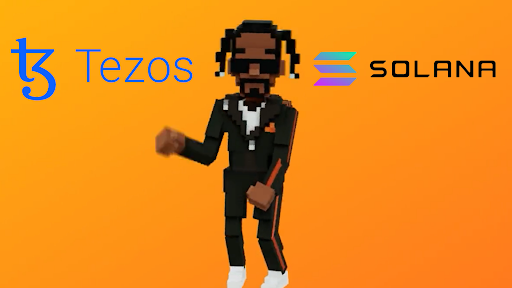 Snoop is dropping it like it’s hot, a new NFT fund for emerging and upcoming digital artists that is, as the lines of contemporary art and the digital worlds blur. NFTs have become somewhat of a haven for artists and collectors alike, where people like Snoop, who’s NFT collector alias is Cozomo de’ Medici, are snapping up as many pieces of NFT art as they can get their hands on.

Snoop is a big fan of the digital art world and the launch of his new fund just confirms it. This week, he announced on his Twitter feed, the establishment of an art fund seeing 64.6 ETH to be disbursed to the most promising new artists. He made it clear that this would be not just for Ethereum NFTs, but also for Tezos and Solana too.

According to Snoop, the fund will “go to where the art is” and “build a Collection where fantastic new artists can be discovered and supported.”  The influence of fine collectible artwork based on the blockchain is growing, as more exhibitions and auctions are taking place.

Tezos has grown to become one of the top networks for NFT marketplaces as it emphasizes the importance of green and sustainable  minting above all else. Tezos peroves to be not just more energy efficient when it comes to minting, but also faster and cheaper too in terms of gas fees.

And Tezos is getting around, not only did it feature as the digital element of the Art Basel exhibition in Miami a few months back, but also now plays the digital component in the Frieze art week in West Hollywood.

While many artists are turning their backs on Ethereum for NFTs due to the massive implications it has on the planet, they are now turning to more sustainable choices like Solana and Tezos. These include platforms like  SuperRare, Nifty Gateway, and Teia, which are seeing a major explosion in popularity.

According to Medici, a lot of the fine art interactions with digital are no longer just happening on Ethereum, but networks like Tezos; Medici added on his Twitter thread, “We know some of the finest new artists mint on XTZ” -which he then followed  up by sharing a Tezos wallet address containing over 1,000 tez.

UK consults on crypto tax with particular focus on DeFi